Wrap of the not-for-profit sector 2009 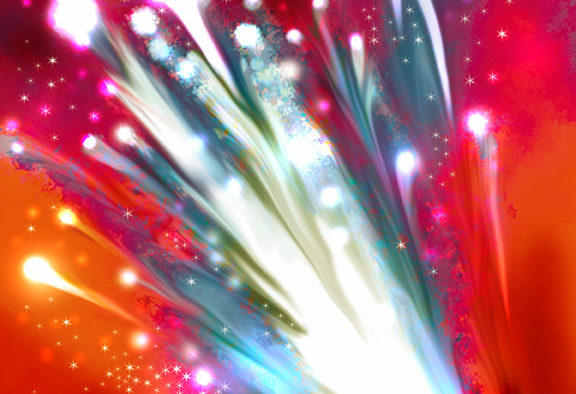 Impact of the economic downturn

With the global financial crisis hitting in 2008, 2009 saw a number of reports assessing the impact of the downturn on not-for-profits. With reports and evaluations still underway, there are sure to be more findings released in 2010.

Conducted during April and May, the survey Managing in a Downturn was released in July 2009. It focused on the perceptions of not-for-profits (NFPs) across Australia of the economic downturn’s impact on their income and expenditure, as well as management actions they implemented or were planning to help them through the downturn.

Macquarie Group Foundation Professor, Peter Shergold, co-author of Managing in a downturn and CEO of the Centre for Social Impact, spoke with Richard Lambell about the survey’s findings and the long-term challenges facing the sector.

There was no doubt that the global financial crisis had presented significant difficulties for not-for-profit organisations, both individually and collectively. However, it also provided opportunities for groups to review operations, reposition themselves strategically, explore new directions and establish new relationships. Success in this economic climate required new ways of thinking and acting, as was reported in Third Sector in July.

In June, a report from the Australian Centre for Philanthropy and Nonprofit Studies (CPNS) found that Australians were donating more than ever. This was reflected in November, with leading companies recording an 86 per cent increase in contributions to the community in 2009.

In late November, not-for-profits are encouraged to participate in Managing in a Downturn Part Two, regarding Australian charities’ response to the financial crisis. The survey will assess the current state of charities in Australia, and give an indication of what the sector expects in the future. The survey closed on 4 December 2009 and is due for release in February 2010

There have been many taxation developments over the course of 2009.

In April, approved care organisations (ACOs) become eligible to claim for education expenses that they paid for each child in their residential care attending primary or secondary school.

In June, draft guidelines were released by the Assistant Treasurer Nick Sherry. Among a number of amendments was the name change of Private Prescribed Funds to Private Ancillary Funds (PAFs).

Philanthropy Australia supported the changes to the taxation system in a statement released in September, with the hope that the tax law reforms would ensure”a healthy, vibrant culture of giving in Australia will continue well into the future.”

The ATO Compliance Program 2009-10 was released in August, encouraging an estimated 190,000 non-profit organisations registered with the Australian Taxation Office (ATO) to have high levels of voluntary compliance.

In the past few months we have seen the release of new tax concession charity packs, guidelines issued for Trustees of charitable trusts, and a list of new organisations to receive tax deductible status.

With the Henry Review and Productivity Commission Inquiry still underway, 2010 is likely to see more changes and amendments.

The establishment of a National Compact with the third sector was announced in 2008 as part of the Federal Government’s social inclusion agenda with the aim to improve and strengthen the working relationship between the two bodies.

In July, the Joint Compact Taskforce met for the final time to complete their work on a draft framework for the National Compact. Later that month, over 70 not-for-profit sector leaders and government representatives gathered to discuss the draft principles and future process actions.

As part of the second stage of consultations, August saw third sector organisations and individuals invited to share their ideas on developing a stronger working relationship with the Australian Government, with submissions from peak bodies reflecting sector concerns.

Consultations closed at the end of October 2009 and copies of submissions are available on the Department of Families, Housing, Community Services and Indigenous Affairs website.

In March 2009 the Productivity Commission was commissioned by the Government to undertake a study of the Contributions of the Not-For-Profit Sector to Australia. The study is focused on improving the measurement of the sector’s contributions and removing obstacles to maximising its contributions to society.

The draft report, released in October, suggested, amongst other reforms, for the establishment of an Office for Not-For-Profit Sector Engagement and a Registrar for Community and Charitable Purpose Organisations.

Contributions and responses will continue to be called for until January 2010.

Other reports from the third sector and governing bodies for 2009 included Philanthropy Australia’s Private Ancillary Funds Trustee Handbook and Making it Fair, a report to address the pay equity gap in Australia for women.

Amongst more reports set for release in 2010 are the Draft Associations Incorporation Act and improvements for Australia’s corporate reporting framework. Both are still currently calling for submissions.

A number of developments in volunteering occurred in 2009.

In May, Volunteering Australia (VA) commenced the report National Standards for Involving Volunteers in Not for Profit Organisations, with Phase 1 issued in August.

May and June saw funding boost to volunteers from the Federal Government and BP fuel, tying in with a release from VA encouraging greater recognition of the contribution that volunteers bring to our social, environmental, economic and cultural life.

As part of its work towards a National Volunteering Strategy, in November the Federal Government appointed a Volunteer Policy Advisory Group and has also held the first meeting of the State and Territory Volunteering Ministers.

Issues surrounding disability were in the spotlight in 2009, with calls for a new approach to disability and the Australian Government’s announcement of a commitment to set out a ten year agenda in the form of a Disability Strategy.

In May the Australian Federation of Disability Organisations (AFDO) held a conference to discuss the challenges of actualising the United Nations Convention on the Rights of Persons with Disabilities (UN CRPD) within Australia.

In August, the Federal Government announced that Australia will become a party to the Optional Protocol to the international Convention on the Rights of Persons with Disabilities (the Disability Convention).

Also in August, the AFDO called for the introduction of a National Disability Insurance Scheme in the wake of a damning report of the current standards of social inclusion, funding, governmental support and access to basic social amenities currently experienced by people with disabilities in Australia.

In response, the Federal Government announced in November that consideration of new approaches to disability would be investigated by the Productivity Commission.

December saw the Australian Government’s release of The Way Forward: A new disability policy framework for Australia, as part of its commitment to set out a ten year agenda for a National Disability Strategy.

The economic downturn put increased strain on homelessness services, underscoring the importance of the Government’s homelessness strategy and its commitments to halve homelessness and end rough sleeping by 2020.

In August, the Federal, Victorian and ACT Governments upped spending on initiatives to reduce homelessness, in a bid to meet ambitious national targets. The Federal Government committed $11.4 million over four years for new research to “improve knowledge and understanding of homelessness and the drivers of homelessness.”

By September, however, the Community Housing Federation of Australia, Australian Council of Social Services and National Shelter were united in their disappointment that the government cut $750 million from the stimulus budget for social housing.

With the Government’s homelessness strategy still high on the agenda, there are sure to be further developments in 2010.

Two of the most prominent developments in this area was the Australian Human Rights Commission’s assessment of indigenous human rights presented to Professor S. James Anaya, UN Special Rapporteur on the human rights and fundamental freedoms of Indigenous Peoples, in August; and the establishment of the new National Congress of Australia’s First Peoples, announced in November.