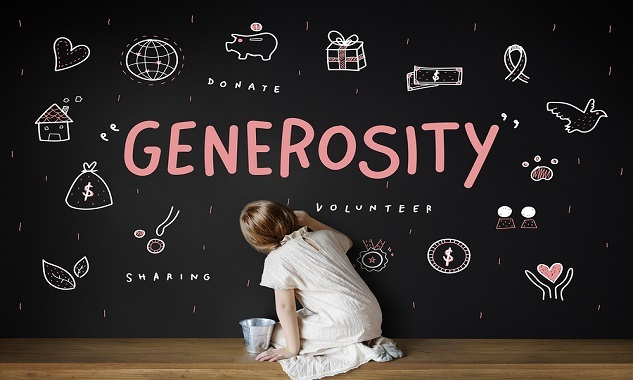 More people than ever before are helping others in countries across the globe, according to the CAF World Giving Index, the unique global index of generosity.

For the first time since the index began, more than half of people in 140 countries said they helped a stranger, and record numbers of people volunteered their time. The numbers of people worldwide giving money was very slightly up.

Overall, Myanmar was the most generous country for the third year running. The United States was second, making it the most generous nation in the western world, followed by Australia. With strong public trust in the charity and not-for-profit sector coupled by generosity around the 2015 Nepal earthquake, Australia ranked 60% in its World Giving Index Score, 1% higher to last year.

The CAF World Giving Index, the leading comparative study of global generosity, records the number of people who helped a stranger in the past month, volunteered their time or gave money to a good cause. This year 148,000 people in 140 countries were surveyed as part of the Gallup World Poll.

The index, now in its seventh year, shows high levels of generosity in countries experiencing civil war, conflict and unrest, showing how the human urge to help others comes through even in some of the most troubled nations on Earth.

John Low, Chief Executive of the Charities Aid Foundation, an international charity which helps people and companies give worldwide, said, “In every county, people have this in-built desire to give and help others. Governments should encourage that spirt of generosity and create the environment in which a strong civil society can flourish allowing people to reach out to those less fortunate than themselves.”

Lisa Grinham, Chief Executive Officer of Good2Give, an Australian and New Zealand not-for-profit committed to building a more giving society, said “Australia has a strong culture of helping a stranger, helping a mate. It’s no surprise that when natural disasters hits, like the Earthquake in Nepal, we see heightened levels of giving from Australians.

“Involvement and participation in local community groups and charities is also incredibly important to building our social fabric. Whether that’s us participating in the sporting club down the road, arts and music associations, or simply on the phone every second month volunteering with LifeLine.

“These shared activities are the foundations for building a more caring and resilient society and it’s wonderful to see our involvement and volunteering levels continue to thrive.

“Although we’re performing incredibly by global standards, we can still do better. Being able to preserve trust in Australian charities, fundraising practices and bring charitable giving into the digital age are all top of mind when it comes to integrating giving into our daily lives.

“It’s as much about giving back, as it is about giving forward, and I think it’s something that we should be proud of as a wider society, and also focus on nurturing in the years to come,” Lisa concluded.