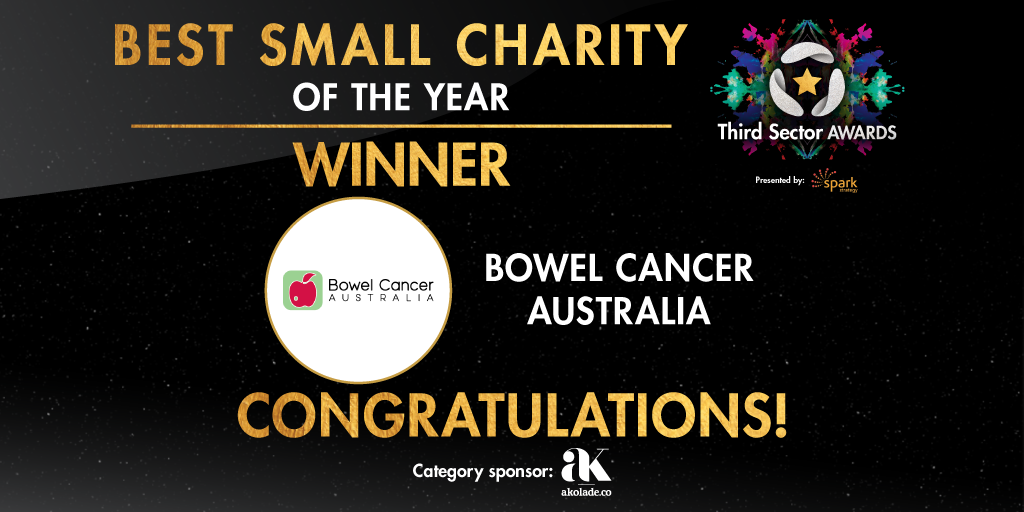 Founded in 2000, Bowel Cancer Australia is a 100% community-funded charity dedicated to prevention, early diagnosis, research, quality treatment and the best care for everyone affected by the nation’s second deadliest cancer. They have become the leading bowel cancer charity through initiatives such as Bowel Cancer Awareness Month, BowelScreen (an Australian and New Zealand pharmacy-based screening program) and the Big Bowel Tour.

Bowel Cancer Australia provides an unrivalled suite of patient information, publications and resources – including the highest-ranking bowel cancer website in the country, an active online community of over 123,000 followers and the world’s first bowel cancer app. They offer the only Bowel Care Nurse Helpline, comprised of a specialised team of nurses, and a highly popular Peer-to-Peer Support Network, referred to by patients as a ‘lifeline’. Additionally, they established the $10.4m Lawrence Penn Chair in Bowel Cancer Research with the support of the University of Sydney.

Bowel Cancer Australia is now embarking on making real change happen through the launch of a patient-led platform designed to engage bowel cancer patients in actively participating in decision-making about their care, based on what matters most to them, which allows their medical team to respond and tailor treatment accordingly.