“Surround yourself with outstanding people”: In the mind of Karen Hayes 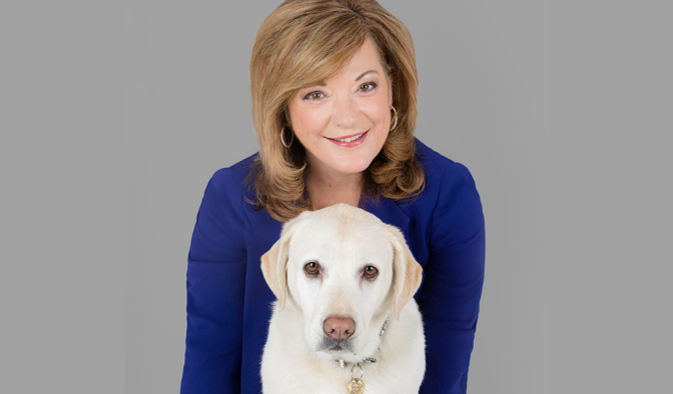 Staying ahead of the game and thinking of the organisation as a business goes a long way in achieving success, but it also comes down to the people around you.

This was what Guide Dogs Victoria CEO, Karen Hayes, credits her success. During her career, Hayes has managed major not-for-profits, changed the game for women and, most recently, was appointed a Member of the Order of Australia.

Hayes said she does not think she could do the work on her own and credits the people she has surrounded herself with: “We really have some great people around us who inspire us, who work with us, who complement our skills to achieve great things.”

Having started in the corporate sector, Hayes said part of her success was born from bringing over a business sense to the not-for-profit sector. This came into play around her role at the Breast Cancer Network Australia (BCNA), the hugely popular organisation that Hayes was one of the founding members of after being diagnosed with breast cancer 24 years ago.

“Women’s Breast Cancer Network, Guide Dogs Victoria or any not-for-profit will need a leader to think differently about their business in terms of how to generate revenue, stay ahead of the game and deliver quality services to the community,” Hayes said.

This corporate background was instrumental during Guide Dogs Victoria latest hurdle, having discovered that its former General Manager stole more than $200,000. Hayes said she turned the situation into an opportunity to rebuild trust.

“I felt that our employees had certainly been affected by his crimes and I felt as a value based organisation that we needed to be transparent with our stakeholders.”

Hayes said the organisation remains loved because donors and supporters respected that Guide Dogs Victoria was transparent about the situation. She recommends that not-for-profits going through a similar case should remain open with supporters.

“There is no alternative,” Hayes warned. “If you are really committed to being a values-based organisation, you have to be transparent about the good and the bad.”

Who run the (not-for-profit) world? Girls!

Boards that lack diversity are unwilling to change

Hayes appointment as Member of the Order of Australia was in part due to her work for women. Hayes spearheaded the strategy for women’s football with the Melbourne Football Club, Co-Founded the Australian Chapter of International Women’s Forum (IWF) and was inducted into the Victorian Honour Roll of Women.

“Working in a male-dominated environment, I had some really great supporters in the organisations I have worked in but what it has done is highlight for me the value of that and ensure that girls and young women have a voice in whatever role they’re in.”

She said other women looking to achieve this kind of success, and to make it through a male-dominated workplace, should be true to their values.

“In being true to your values, you will be consistent in terms of your behaviour and in language and how you deal with difficult issues. That will hold you in good standing for anybody that might be working with you because they will see potential and will see what you stand for,” Hayes said.

“It’s really important to know what you stand for and to be true to that and not be afraid to stand up and say ‘this is not appropriate’ or ‘I don’t agree.’”

Hayes said the major challenge she has come across in her career can be attributed to the lack of funds: “I think the biggest challenge for Guide Dogs Victoria and BCNA and for many of us not-for-profits out there, is how do you continue to get more for less?”

With the increasing number of demands in the philanthropic community, what it comes down to is how the organisation stands out among the rest. To achieve this success, it is again important to remain surrounded by people who will support these goals.

“It will achieve a great deal more than just you as an individual. In recognising that, surround yourself with really outstanding people. I’ve been fortunate to do that.”

Tags:
Previous Article
How to be an LGBTI inclusive employer
Next Article
Instagram brings donation feature to users

“It is not unlawful to sexually harass volunteers”: How NFPs are protecting the sectors most vulnerable
Naomi Neilson March 5, 2019

“Surround yourself with outstanding people”: In the mind of Karen Hayes
Naomi Neilson February 12, 2019

“It is not unlawful to sexually harass volunteers”: How NFPs are protecting the sectors most vulnerable

“Surround yourself with outstanding people”: In the mind of Karen Hayes