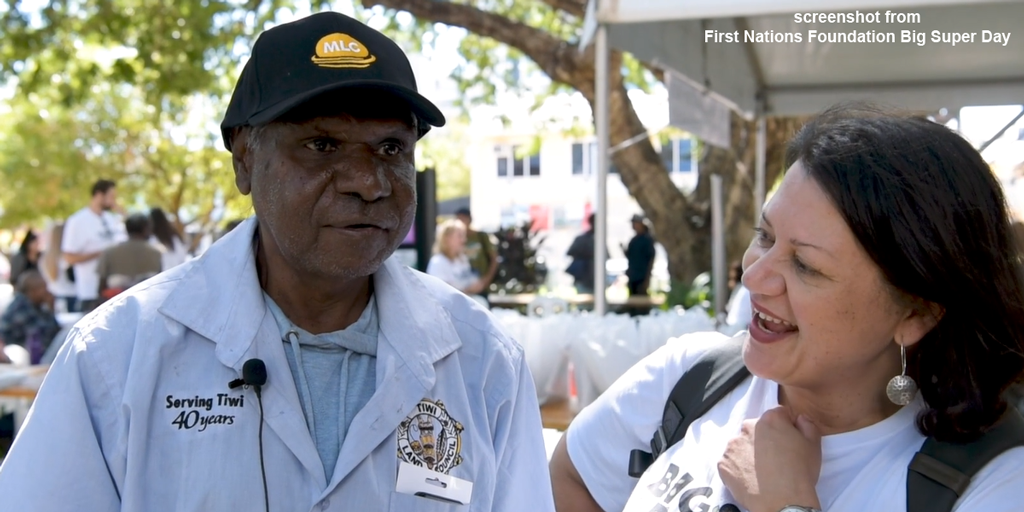 The First Nations Foundation has completed its Big Super Day Out Indigenous outreach program for 2019, and reconnected more than 500 Indigenous Australians with $9.545 million of their superannuation across its seven dates this year.

Since 2014 the Big Super Day Out events have reconnected more than $24 million in Indigenous super with 1636 owners across 21 communities, in six Australian states. Five events in remote APY Lands were a partnership with ASIC, which led in the region.

“We were run off our feet at every location, even with a team of 20-30 volunteers offering an end-to-end solution across identification, locating super, and helping participants with all their needs so they could walk away at the end of their appointment with everything done to start the process of returning their super to them,” First Nations Foundation CEO Amanda Young said.

“These communities are excluded from the system and although financial institutions try to engage with them through their own programs, they don’t have the currency we have – the trust of the Indigenous community and the know-how for success. It is telling that Indigenous people respond to Indigenous-led initiatives and trust our motives as we are a charity,” Young said.

There are many unintended and valuable lessons arising from the program. Superannuation funds experience super from the members’ perspective, and can see first-hand the challenges for remote communities and understand how superannuation is not “super” yet. The low levels of awareness of superannuation in Indigenous communities, the amount of paperwork required, and language and identification barriers are significant.

First Nations Foundation has no funding support so raises the money for these events through corporate sponsorships, creating valuable partnerships. However, it cannot meet the high level of demand due to lack of resources – more than 100 people in 2019 were turned away after waiting five hours for assistance, and there were numerous calls from around the country asking for the Big Super Day Out to come to them.

“There is clearly a need for this level of outreach, as evidenced by the results we are achieving,” Young said. “We have a list of 16 communities who have reached out to us to come and help their communities. Unfortunately, as a small charity with only two staff, it will take us five years before we can get through our current list.”

Young continues this is a national program waiting to happen. “We have developed it, validated it and now we only need the investment to create the kind of economic outcome hard-working First Nations people deserve. If we can find $1 million each time we service a community, imagine what we could do in a scaled program. Hundreds of millions of worker entitlements being reunited with their Indigenous owners is a great outcome.”

The First Nations Foundation also brings government bodies on the road, with the Department of Human Services and the Australian Taxation Office there to help.

“The cost of reaching the WA and NT targeted communities was high but we knew the returns would be significant for both Indigenous Australia and the superannuation sector,” Young said.

The Big Super Day Out is a one-stop shop, helping First Nations people with all superannuation needs across urban, regional and remote communities, and connecting super funds and group insurers, with Indigenous members.

First Nations Foundation is open to working with partners across the Government, philanthropy and financial services sector to ensure the continuation and further development of the Big Super Day Out program.