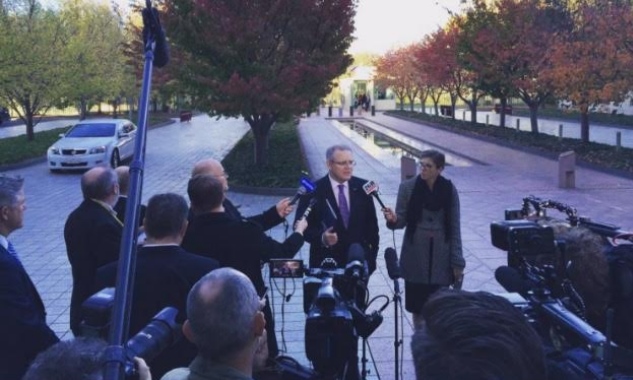 Treasurer Scott Morrison has been driven by his time as social services minister to come up with a new plan to get young people into jobs.

He said he had spent a lot of time with welfare organisations and businesses in the portfolio he held before taking over as treasurer, and learnt that the work for the dole program wasn’t working.

“I’ve listened to business people who have said they want to give young people a go but they don’t want to shoulder all the risks and all the costs of giving them a go.”

Young job seekers still have to wait a month before they can claim welfare, but now they’ll get an extra $200 a fortnight for work experience when they do.

The federal budget includes $840 million for a new youth employment package that links businesses with 120,000 young people on the dole who are eligible for a government internship program.

But first jobless youth must undertake six weeks of job-readiness training, including classes on presentation and how to work in a team.

A four- to 12-week internship could follow at a business such as a newsagent or supermarket.

This opens the way to an extra $200 a fortnight on top of the Newstart allowance to work 15 to 25 hours per week, and businesses that host the interns will get $1000 per person.

Businesses that hire anyone who’s been on the dole for more than six months will get a $6500 to $10,000 wage subsidy.

The government has also softened its mandatory work-for-the-dole requirements.

Instead of having to work for welfare after six months on income support, young people now have a year.

However, the new package is, at least, much better than the “punitive” work for the dole program, says the Australian Youth Affairs Coalition.

“It’s much better than work for the dole,” coalition chair Katie Acheson told AAP. “But for those in poverty their entire life, six weeks isn’t going to be enough to teach you how to speak up in work for example – it will need more.”

Acheson is dismayed the plan to make young people wait a month for the dole remains government policy.

It’s understood the unpopular proposal, which was watered down in the 2015/16 budget and has failed to pass parliament at least once, could still be revived by the coalition.

Mission Australia cautioned that the new program must provide additional assistance to address the special needs of young people who are highly disadvantaged and need extra support to find and keep a job.

Catherine Yeomans, Mission Australia CEO said there is a danger that this new program will not provide necessary tailored support.

“We look forward to working with the government on the detailed design of the new program, to ensure this vulnerable group doesn’t miss out,” she said.

“We have to invest in all of our young people to ensure the future prosperity of Australia, as well as to help them achieve their individual aspirations. They are our most precious assets.

“With a youth unemployment rate of over 12 per cent, we should be ensuring young people have the skills and experience to take on the jobs of tomorrow.”

Prime Minister Malcolm Turnbull said it was easy to be very cynical about the planned JobPath program the government has outlined in its budget.

“What we’re seeking to do is tackle this challenge of youth unemployment, and give these young people a chance to work, to get the experience of a workplace,” said Turnbull.